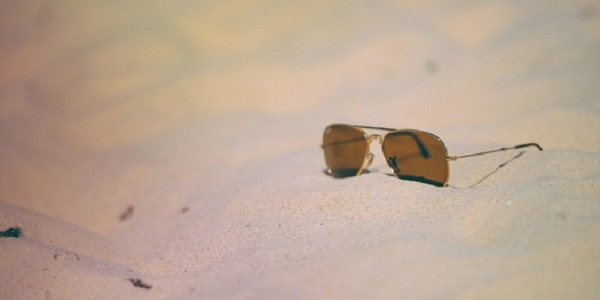 Happy sweating – The thermometer has risen to an annual high, finally the Dog Days are upon us (at least it feels like it). It’s the time of the year, when public transport can be heaven or hell, offices without air condition feel like torture chambers and ice cream turns into a basic nutriment. And as usual the Viennese have their very own take on this special time of the year.

But first let’s clear some facts: Technically the dog days refer to a heat period in Europe between the 23rd of July and 23rd of August. The “season” has got its sticky name from a correlation of hot weather period and the rise of the Sirius star, which happens to be the brightest star in the Canis Major (Large Dog) constellation. In Greek and Arab mythology the fusion of the “dog star” and the sun is considered responsible for the heat.

Technically Sirius cannot be fully seen until the end of August and ancient tradition teaches us that the Dog Days are supposed to last for 40 days, which leads to the understanding that the period of the dog days is a rather a product of common knowledge than precise Astronomy.

In 2001s “Hundstage” (Trailer) famous Austrian director and producer has given the dog days their very own, dark and dull monument. He narrates a hot summer day in the lives of six dubious characters in the suburbs of Vienna, each of them with their own little tragedies and secrets. Thus Seidl’s film is anything but easy to stomach, it instantly became a cultural good and stands symbolic for the dog days.

A brighter and more relaxed Viennese version of the dog days is the “transdanubian” lifestyle, meaning spending time relaxing at the shores of the Danube and reducing all endeavors to a minimum. Typically the people of the 21st and 22nd are considered being a little more nonchalant and easier than the metropolitans of the inner city, at least that’s how they were portrayed in the series “Kaisermühlen Blues”.

It’s obvious that the Dog Days have their up- and their downsides. It is up to you if you rather enjoy Ulrich Seidl’s “Hundstage” behind a huge fan or to let it be and embrace the “transdanubian lifestyle”, make sure to spend your evening outside, and enjoy the beauty of summer in the world’s most liveable city.